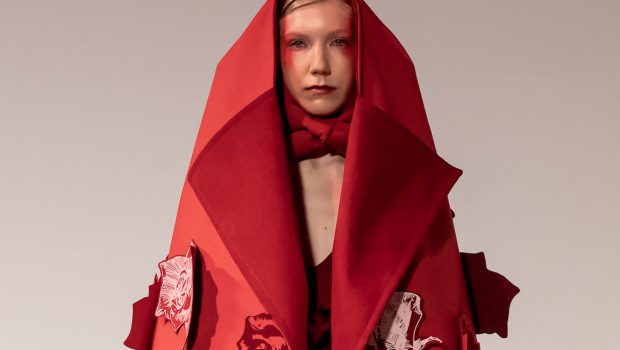 At a time when the Covid-19 has imposed a restructuring of the current world of Fashion, a framework that until then seemed immutable has however recently been redesigned to face the health crisis and allow major brands of haute couture to continue their activity.

In fact, the pandemic has just accelerated a movement already in action and allowed brands to break free from the official fashion annual calendar.

In the past, Fashion Weeks had two targets, the press and buyers, hence the need to concentrate as many events as possible in a time frame.

However today, the sales campaign takes place mainly in digital, the fashion show has therefore become more of a moment of “spectacularization” intended for the customer, hence the importance of leaving the official calendar and detaching from a tight schedule, usually overloaded, to attract the spotlight and multiply visualizations.

Indeed, in a time of very busy period, such as the Fashion Weeks, the competition is extreme. Making shows and promotion outside the calendar guarantees a stronger visibility moment.

Fashion houses therefore considered moving away from the rituals of the past, like for the Fashion Weeks, now weakened by the absence of many big names, and exploring new formats.

If it seemed a possible time to re-organize physical parades in the presence of an audience that sometimes numbers several hundred people, the latest developments in the spread of the Covid-19 epidemic mean that the middle of the Haute Couture is moving in a new direction and now uses digital devices to unveil its creations, which is rapidly changing the established world of broadcasting.

This is why the fashion shows are having a new role now and serve to communicate both with the clients and the brand’s community by conveying messages and content on social networks.

Saint Laurent was thus the first to take a new direction by announcing in April 2020, that it was withdrawing from the official calendar to explore new perspectives and promote better the brand and its products.

And as the results were pretty convincing, progressively, other big fashion houses have started to experiment this approach too, to remain visible despite the pandemic and stay in the competition.

This new trend to occupy the digital front scene in a more insatiable way, with virtual or filmed “show-events”, has almost ended up causing the opposite result to that sought, with an unprecedented tailback of brands presentations and online shows at the end of the year.

Besides, many of these presentations were aimed at promoting collections, which arrived in stores later, when the boutiques have started to reopen.

This new trend, at first thought to be temporary, has been added to the usual pre-collection schedule, giving the impression of in fits and starts events.

Thus, in late 2020, to only quote the most important brands, paraded with their spring-summer 2021 women’s collection Sacai, Comme des Garçons and Junya Watanabe, transferred to the occasion at Tokyo Fashion Week.

Chanel, Balenciaga, Louis Vuitton and even Dior have adopted a hybrid concept, both via a virtual reality fashion show intended for a few journalists and via video content accessible to all on the Web.

Since then, other big brands of the fashion industry are experimenting with new fashion shows concepts, broadcasting live from prestigious venues.

In the latter case, brands imagine a concept of a traveling shows with several stages (in the world’s fashion capitals), each time unveiling new creations as well as older revisited ones, in order to always arouse the interest of both journalists and their customers.

This idea then becomes more and more popular and many luxury brands like Gucci, Dolce & Gabbana or Mugler are taking it up again in early 2021 to develop hybrid content aimed at optimizing their promotion system, through a whole series of events, between public, physical and digital experiences.

For all these reasons, and despite everything that has been said about the luxury industry, it should be said that the industry has shown an extraordinary flexibility in dealing with the pandemic by quickly adapting to the situation.

Therefore, luxury houses have progressively become effective real media. Consequently, designer labels, which are marketed only through the brands own network of boutiques, have been able to more easily break away from the official calendar, which until then had been imposed.

However, it is a safe bet that this myriad of projects and other innovative solutions will not make Fashion Weeks disappear.

Indeed, digital is not seen as a complete alternative, but an option offering a new form of expression for the fashion houses.

Because the traditional fashion show retains a unique character: in fact, on the computer, you will never have the experience of a show, nor that of Paris or Milan during Fashion Week.

And nothing will replace this dialogue with the creator …